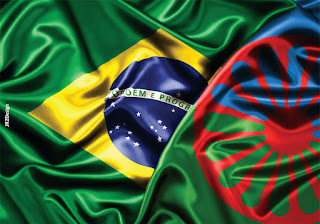 It has to be said #Dosta #Enough

The Union Romani Iternational - IRU/ Office Agency Brazil, through the AMSK/Brazil office and its delegates/members from Brazil and Argentina, AICRON/Brazil, Observatorio de Mujeres Gitanas/AR - BR, Leshjae Kumpanja, ZOR/AR, Romani Federation and Romani Academy of Letters, Urban Nomads and their state representatives, hereby express their concern over the escalating violence that has been taking place in the state of Bahia since July 13, 2021 - in the municipality of Vitória da Conquista and its surroundings. 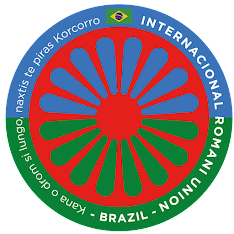 "These are days of terror" say some, others report scenes of slaughter, dead and burning of cars and houses. In the middle of this outburst of yet another episode of violence are: a teenager, women who are victims of gunfire, children and the elderly.

We need to talk about the media headlines that remove the identity of these people and cohere with the ever-present headlines, "Gypsies kill," in a clear reference to the centuries-old racism that we call anti-Gypsyism or Romaphobia.

All of them, including the dead police officers, had identification, documentation and registration. These people need to be identified so as not to pre-judge with condemnatory headlines, even before the conclusion of the police investigation. It is necessary to turn to the human person (without value judgment on the fact), but respecting the individual. These men did belong to an ethnic group, they had children, wives, relatives and friends. The pain of death in such brutal circumstances is the same for everyone, without distinction.

They asked me today: "Are you a gypsy, right? I was afraid, I said no".

Multiple, conflicting information generates fear and panic among the residents, and feeds a culture of hate that reinforces secular stereotypes.

Some reports are so serious that it is necessary to build a safe channel for investigation and support, especially for women and children who, once again, are easily identified in the region (by the typical clothing of the ethnic family arm) and are therefore more exposed to threats and intimidation.

"There are rumors of torture practice ... but nobody wants to talk"

We need to talk about the countless conflicts involving firearms, with fatal victims, including the "so-called gypsies". It should be noted that the term "gypsy" already carries with it a lot of prejudice and discrimination. It is necessary to think about disarmament.

What happened on July 13, 14 and 15, 2021, in the city of Vitória da Conquista, Bahia, needs to serve as a warning to all the segments of the Justice System in the country, that we can't pretend that we do... neither want us to think about safer days.

We need a national campaign for the "Culture of Peace", against the "Culture of Hate". The recognition of the Human Person as an individual, in order to be able to break away from the stigma of murderers, gangs, among others... again condemning an entire ethnic group to the detriment of a few.

There are reports of violations of homes and residences, fires, and destruction of goods and property. It is necessary to put a stop to "scapegoating" - several excerpts from the news and headlines remind us of expressions from the last century, absurd headlines.

It is urgent to activate the child and adolescent protection network. Enough with the kidnappings, enough with the public condemnation of an entire ethnic group, where the supposed deeds of a few condemn everyone and spread panic.

Violence feedbacks on misinformation and we can no longer accept absurd expressions such as: "CPF Cancelled" in communication vehicles.

The information of the death of Moraes da Silva Matos, 14 years old, forces us to take a look at the reality of the adolescents of Romani ethnicity in the country. Several children, boys and girls, are orphans today and need to be an absolute priority term guaranteed by the Federal Constitution of 1988 and by the Statute of the Children and Adolescent, and need to be respected and welcomed.

The fact is that this year alone there have been numerous confrontations with the police envolving "so-called gypsies" in Brazil.

It is necessary to demand political responsibility, since "the Gypsies", are holders of voting titles and are Brazilians. Their lives matter, beyond the electoral period.

It is necessary to obtain reliable and responsible information. A realistic investigation of the facts and events in the region of the city of Vitória da Conquista - BA.

We continue to monitor, propose solutions, and expose the realities of the actions that should already be underway in the country. Unfortunately and once again, since 2011, we are speaking out and alerting the competent authorities. Since the year 2019, we are alerting to the increasing escalation of violence against the "Romani Peoples", not only in Brazil but also in the world.

And before someone says "it doesn't affect me". Think about it! Tomorrow it could be you. Because when you condemn an entire ethnic group, you can't feel safe.